Yesterday the ‘Dynamo & friends’ team went for round two of the City vs Wharf 5K run. With new t-shirts, excitement and some nerves filling the air, we headed over to Victoria Park. It was another year of everyone claiming ‘orange isn’t my colour’ but we all pulled off the Dynamo t-shirt style with ease. 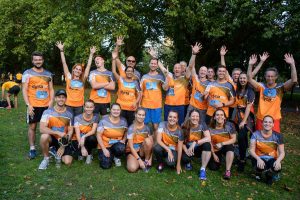 Bags were dropped off and a few team photos later, we were ready to begin the race. We had a range of abilities; from marathon runners, to the occasional park runner, to first time runners. 6pm on the dot, the klaxon went off and the race began! The cheering squad of Marc, Ronnie, Mo and I were watching on eagerly waiting for the orange runners to come into sight. We were at the 3K mark and saw many thumbs ups, smiles and even Grace who blew a kiss to the camera! Sadly we have no proof as she was too fast when passing by. 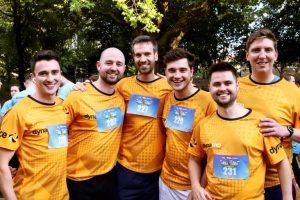 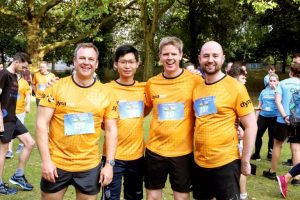 This year there were 754 runners and the first of our team, JP, passed the finish line in 31st place with a time of 19 minutes and 25 seconds. JP claims to ‘only run when playing football’, and so this is an even more impressive time. Hot on his heels was David, just 9 seconds behind with a time of 19 minutes and 34 seconds. At 23 minutes 37 seconds, Angharad was the first female of our team to cross the line and achieved her 5k personal best! A big congratulations to JP and Angharad for winning the fastest male and female prizes. Despite just getting off a flight from Sydney that afternoon, Adrian was the first dynamite to finish with a time of 26 minutes 4 seconds. Everyone on the Dynamo team did an amazing job completing the 5K.

With everyone sporting their newly acquired medals, we headed to the pub for a well-deserved drink and to celebrate completing the 5K. We had a brilliant evening and want to thank our clients for joining us last night. We look forward to next year and maybe even more PB’s can be achieved. 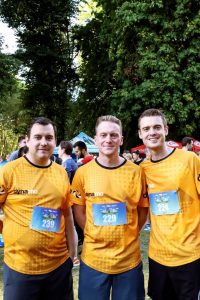 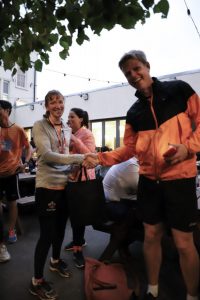 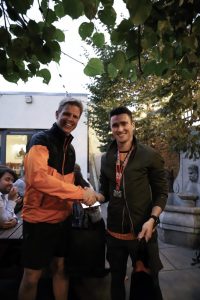